There are currently a staggering 1600+ different digital currencies which can be traded on over 200 different exchanges, according to Coinmarketcap. Each exchange differs from the next, although they can at their core be placed into two categories; centralized exchanges and decentralized exchanges.

Centralized exchanges (often called a “CEX”) are run by an organization that oversees its day-to-day operations like maintenance, security, and growth. The business model of a centralized exchange is similar to that of a traditional securities exchange that charges a trading fee in exchange for access to the marketplace. This type of exchange acts as a mediating third party that connects buyers and sellers with one another.

Some centralized exchanges act as gateways which allow fiat to digital currency trades. Exchanges which offer fiat to digital currency trades are usually regulated and thus are required to conform to their country’s know your customer (KYC) and anti-money laundering (AML) laws. In Canada, the government tabled a bill in 2014 that would require digital asset businesses to register with FINTRAC, the federal monetary regulatory authority, but the bill did not pass.

Through the use of smart contracts, a decentralized exchange (DEX) is able to operate somewhat autonomously. The smart contracts in the DEX allow buyers and sellers to trade directly without the need for a third party; this allows them to maintain the decentralized spirit of the blockchain.

DEXs are fairly new and still only make up a small portion of the total volume of digital currency trading; however, they are gaining in popularity. The IDEX exchange is currently the largest decentralized Application (dApp) on the Ethereum network. 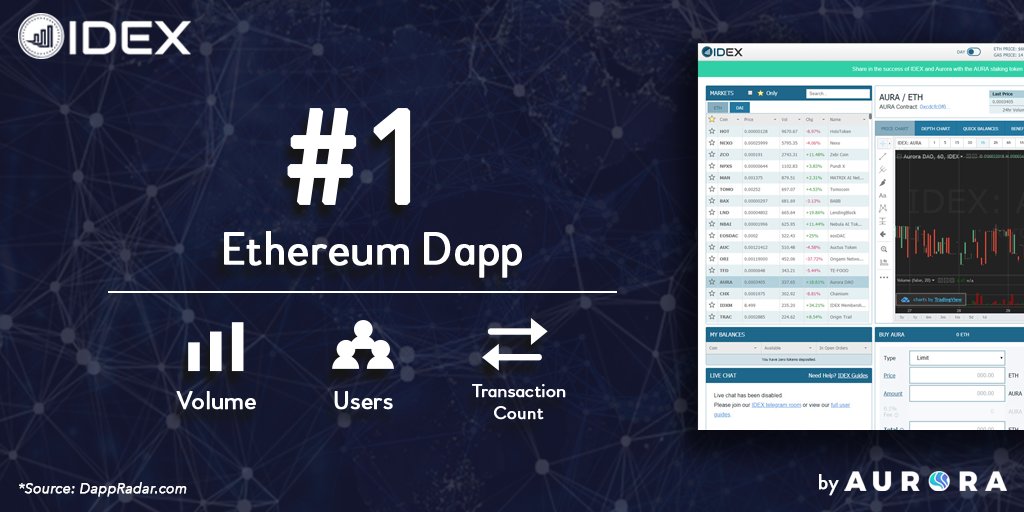 Although trades are decentralized, DEXs still have a centralized authority that oversees its operation. A team of developers is needed to write the complex dApps that are required to facilitate decentralized trades. DEXs still charge fees for using the exchange, although they are often less than their centralized counterparts.

One benefit for some is that tokens from initial coin offerings (ICO), often find their way to DEXs prior to centralized exchanges. In comparison to DEXs, centralized exchanges require a higher degree of technical development before they can safely integrate a new coin into their exchange.

DEXs also require a higher degree of technical know-how to use and may intimidate those new to digital currencies. They typically lack some of the user-friendly, customer service oriented features found on centralized exchanges, such as margin trading. Projects like Lendroid plan to bring features like margin trading to their DEX, however they have yet to launch and are still in their ICO phase.

One barrier some DEXs face on the road to mass adoption is that they can only trade tokens native to their platform.

A DEX that runs on top of the Ethereum network, for example, can only offer Ethereum based tokens in their list of tradable assets. Atomic swaps, which allow for digital currency to more readily move from one blockchain to the next, could eventually allow for the creation of DEXs that offer a larger variety of assets beyond the platform it is native to.

DEXs also may have less volume than many traditional exchanges, perhaps due to the somewhat daunting user interface and lack of diversity amongst assets.

When it comes to exchanges, there are as many valid arguments for centralization as there are those against. Exchanges are a lot like the various digital currencies that they trade, each one has unique properties, as well as pros and cons.

At the end of the day it’s up to the individual to decide, like any tool it comes down to personal preference. More often than not people use more than one, a centralized exchange as an on ramp for fiat, plus a DEX for tokens which have yet to be listed on the larger exchanges.